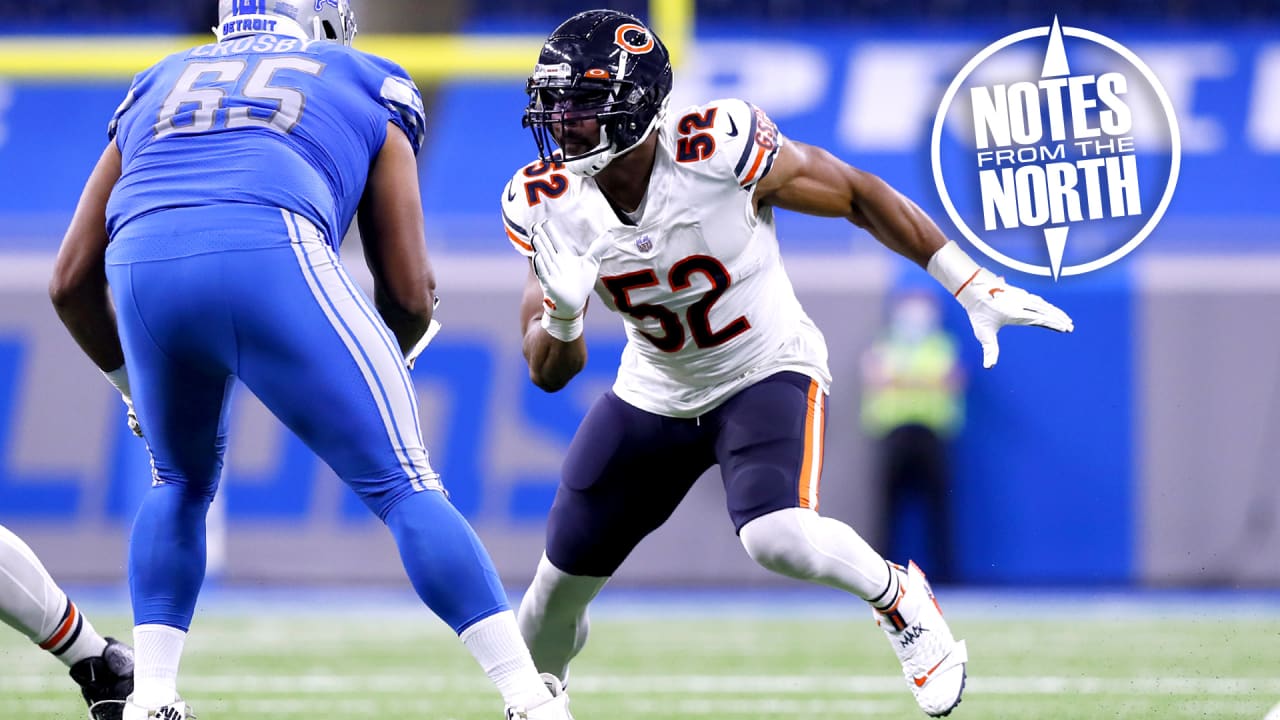 Goff isn’t the only former Rams player the Lions have acquired this offseason. First-year general manager Brad Holmes, who joined Detroit after serving as Rams director of college scouting, obtained defensive end Michael Brockers from Los Angeles in exchange for a 2023 seventh-round pick.

The Lions further bolstered their pass rush by re-signing defensive end Romeo Okwara to a lucrative three-year contract. Okwara had a breakout 2020 season for Detroit, registering a career-high 10 sacks.

The Lions lost two receivers in free agency, with Kenny Golladay signing with the Giants and Marvin Jones joining the Jaguars. They addressed the position by signing Breshad Perriman, a seventh-year pro whose father, Brett, played 10 NFL seasons as a receiver, including six with the Lions. They also inked former Raiders receiver Tyrell Williams, who missed the entire 2020 season with a shoulder injury.

The Packers made a big splash in free agency in 2019 when they signed linebackers Za’Darius Smith and Preston Smith and former Bears safety Adrian Amos. But Green Bay rarely dips its foot deep into the free agent waters, and that’s been the case again this year.

The Packers’ most significant moves so far this offseason have involved re-signing three of their own free agents: Running back Aaron Jones, tight end Marcedes Lewis and cornerback Kevin King.

The return of Jones is especially significant. Selected by Green Bay in the fifth round of the 2017 draft out of UTEP, he has emerged as one of the NFL’s top running backs. Last season Jones was voted to his first Pro Bowl after rushing for 1,104 yards and nine touchdowns on 201 carries and catching 47 passes for 355 yards and one TD. It was the second straight 1,000-yard season for Jones, who rushed for 1,084 yards and led the NFL with 16 rushing touchdowns in 2019.

Lewis returns for his 16th NFL season and fourth with the Packers. He caught just 10 passes for 107 yards and three TDs last season, but Lewis is an excellent inline blocker and highly-respected team leader.

King is back for his fifth season in Green Bay. His production declined in 2020—he failed to record an interception after picking off five passes in 2019—but the Packers consider him a solid No. 2 cornerback paired with Pro Bowler Jaire Alexander.

Known in past years for a stingy defense under head coach Mike Zimmer, the Vikings uncharacteristically struggled on that side of the ball in 2020, ranking 29th in the NFL in points and 27th in yards allowed.

Given that regression, it was no surprise that Minnesota addressed its defense in free agency, signing defensive tackle Dalvin Tomlinson (Giants), cornerback Patrick Peterson (Cardinals) and safety Xavier Woods (Cowboys), as well as re-signing one of their own free agents, cornerback Mackensie Alexander.

Tomlinson is a dominant run defender who can also rush the passer. The 6-3, 318-pounder started all 64 games in his first four NFL seasons with the Giants, recording 207 tackles, 8.0 sacks and 21 tackles-for-loss.

Peterson joins the Vikings after spending his first 10 NFL seasons with the Cardinals, earning Pro Bowl honors in each of his first eight years. He has started all 154 games he’s played, compiling 499 tackles, 28 interceptions, 91 pass breakups and 12 fumble recoveries.

Woods appeared in 60 games with 48 starts the past four seasons with the Cowboys, producing 247 tackles, five interceptions and 18 pass breakups. A 2017 sixth-round pick from Louisiana Tech, he was a full-time starter for Dallas each of the past three years.