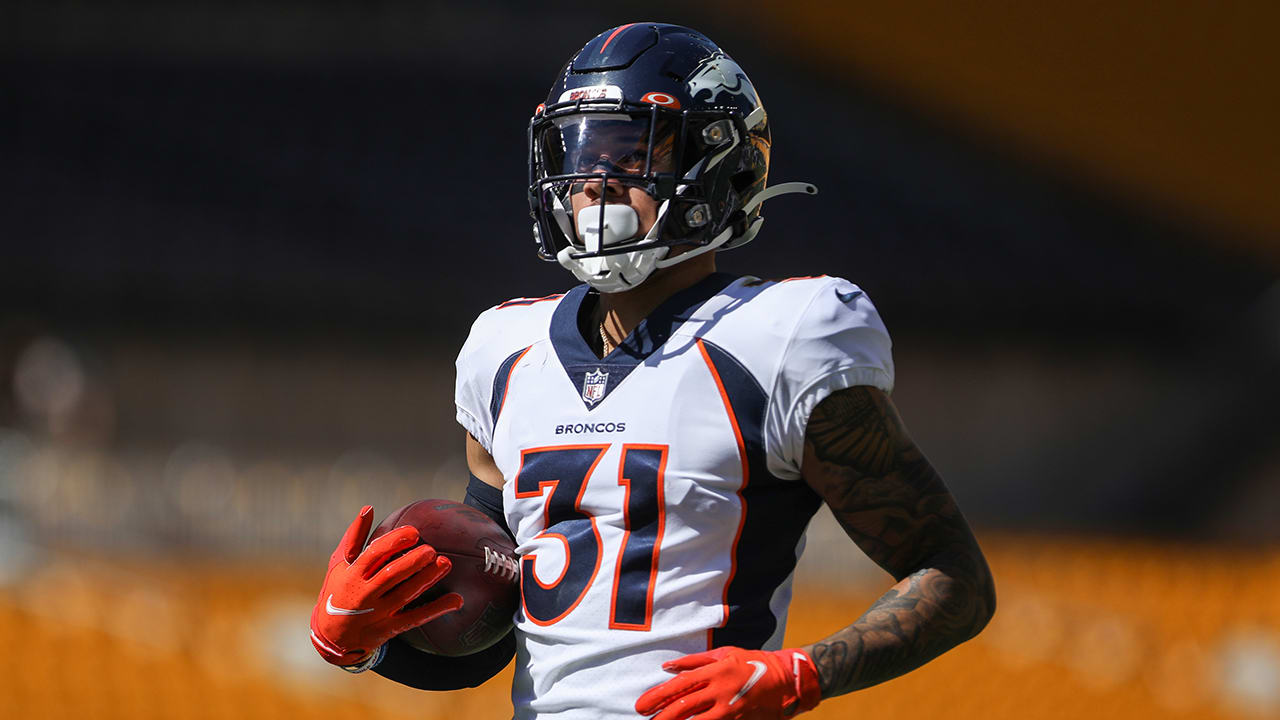 ENGLEWOOD, Colo. — On the day he signed a four-year contract to remain in Denver through the 2024 season, All-Pro safety Justin Simmons stood on the turf field in the Pat Bowlen Fieldhouse and looked up at the Ring of Fame and Hall of Fame banners that circle the field.

Legendary Broncos safeties Steve Atwater, John Lynch, Dennis Smith, Billy Thompson and Austin “Goose” Gonsoulin were among the faces staring down at Simmons. As Simmons prepares to enter the next chapter of his career with the Broncos, he acknowledged he’s thought about if he’s on a path to one day join them.

“Anyone that knows Broncos football history knows that safeties have been the best of the best here,” Simmons told DenverBroncos.com on Friday. “As a safety coming in, even my first year here behind guys like T.J. Ward and Darian Stewart, you just want to make sure that you’re bringing up their mantle and showing it with pride. That’s something to be proud of: the history and the lineage of the safeties that have been here. The cool part about it is, every time you come into the indoor [facility] or you’re walking through the halls in the facility, they’re advertised everywhere.

“Even if you had a good year, no one even cares about the year you had. It’s all about stacking them. The guys all around here — Atwater, [Hall of Famer Brian] Dawkins, Lynch — from top down, there’s so many different guys that you’re keeping that tradition going.

“The extension is great, and … now that the bar is set even higher, I’ve got to make sure I’m doing what needs to be done.”

In the first five years of his career, Simmons has staked his claim among the best safeties in franchise history. In 2019, he became just the fifth safety in team history to earn All-Pro honors, as he was named to the second team. Three of the other four players are in the team’s Ring of Fame, while Dawkins was enshrined in the Hall of Fame in 2018. Simmons then made a Pro Bowl in 2020 as he recorded a career-high five interceptions.

For the former third-round compensatory pick, the success and ensuing contract is somewhat hard for even himself to believe. After playing on the franchise tag in 2020, though, Simmons has proven that he is among the top safeties in the league.

“Since Day 1, I’ve always been a guy that’s bet on myself and been really confident in what I can do and what I can bring to any defense,” Simmons said. “To tell me as a senior going into the draft that five years in, that this would happen, it would’ve been tough to have believed you. What a journey it’s been.”

DenverBroncos.com predicts the first three rounds of the 2021 NFL Draft