Schneider was a young scout with the Green Bay Packers when they claimed wide receiver Andre Rison and his sizable-for-the-time contract off waivers that November. Rison scored three touchdowns over the Packers’ final four games, including a 54-yarder in their Super Bowl XXXI victory over the New England Patriots.

That experience helped shape one of the principles that has guided Schneider in 11 seasons in Seattle: player acquisition is a yearround process that goes beyond the start of free agency in March, the draft in April and even September cut-downs.

It’s worth keeping in mind as one of the NFL’s key offseason dates draws near. High-priced players are often released or traded after June 1 because teams can spread out the dead-money charges associated with their contracts. The NFL’s lowered salary cap for 2021 could lead to more movement than usual in the coming days.

“This is just our philosophy,” Schneider said recently. “This isn’t like every team in the National Football League, but for us, we like to stay as disciplined as we possibly can so that we can have the flexibility to continue to build our team throughout the whole year.” 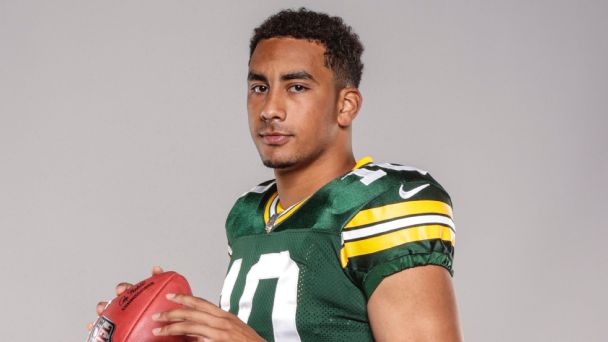 While that might seem like a given, it’s not always the case. Longtime NFL coach Marty Schottenheimer, whom Schneider worked with in Kansas City and Washington, preferred to mostly stick with the players that made his teams out of training camp.

In Seattle, Schneider and coach Pete Carroll have taken a much more fluid approach to the roster. In the last four years, some of their most significant acquisitions were via in-season trades for Duane Brown, Quandre Diggs and Carlos Dunlap. They traded for Sheldon Richardson, Justin Coleman and Jadeveon Clowney on cut-down weekend and for Jamal Adams in July.

That comment was in response to a question about the voiding-years mechanism the Seahawks used with several of their free-agent signings in March. That was a way of fitting those contracts into their tight salary cap while also leaving themselves with money to spend later.

OverTheCap.com, Roster Management System and the NFLPA all list the Seahawks with around $7 million in cap space. Some of that is earmarked for their practice squad and injury replacements, so any high-priced addition might require more maneuvering.

“There’s nobody that’s done it better than John over all of these years to continue to take advantage of every opportunity that comes along,” Carroll said. “There will be one after whatever the fallout that occurs as guys put their rosters together. We’ll be sitting right there on the fence ready to jump. Hopefully we’ll see a couple things that might help us out. But we’ll be ready for it. We won’t miss that opportunity, for sure.”

What you need to know about the Seattle Seahawks:

After Jarran Reed‘s bizarre departure, the Seahawks signed Woods as an option to play alongside Ford on early downs. But Woods is 34 and hasn’t played since 2019, having opted out last year. He’s also not going to factor into their pass-rush like Reed did. Nkemdiche has first-round pedigree but is trying to re-start his career after not playing in 2020. He’s competing for a roster spot on a minimum-salary deal with no guaranteed money. The other four have little if any NFL experience.

The Seahawks move some of their bigger defensive ends to tackle in passing situations, so one option is to play L.J. Collier inside more than usual. That would also alleviate a potential logjam on the edge.

Not drafting a center — granted, they only had three picks — seemed to indicate that the Seahawks have more confidence in Pocic than many observers do. They feel he’s a solid starter there after playing guard for his first three seasons. But that’s a position they could still stand to upgrade. If not, they’ll let Fuller compete with Pocic and hope Pocic is ascending in what is still a relatively new position.

The Seahawks have a strong pairing at nickelback with Marquise Blair and Ugo Amadi, but their starting options on the outside don’t inspire nearly as much confidence. Reed looks like the best of the group based only on his strong second half of last season. Witherspoon, Flowers and Desir all have extensive starting experience but have been up and down. Brown, a rookie fourth-round pick, might be competing with Reed lest both of Seattle’s starters on the outside are under 6 feet tall.

Carroll said after the draft that they aren’t looking to add a veteran cornerback at the moment. That was in response to a question about the possibility of a reunion with Richard Sherman. Maybe that changes if the right one becomes available after June 1.