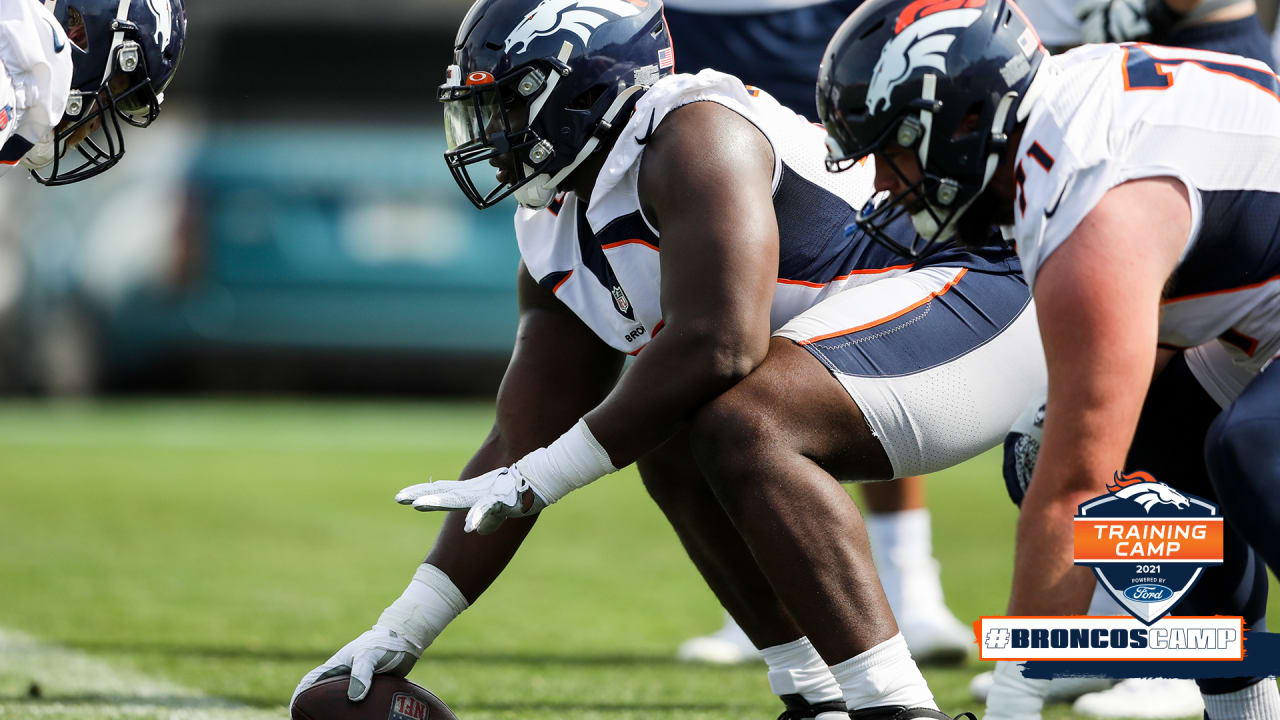 ENGLEWOOD, Colo. — A season ago, Lloyd Cushenberry III may not have made the play.

As a rookie, the 2020 third-round pick may not have had the strength or technique to get to the second level and flatten a linebacker in such a physical fashion.

The Broncos ran a screen play, and Cushenberry found himself in the open field. He delivered a powerful block that ended with Alexander Johnson sitting in the grass.

“That what every offensive lineman wants: Get out there on the second level and do your job against those linebackers,” Cushenberry said Monday.

In Year 2, the LSU product believes he now has the strength to match the mental acuity he showed in 2020 as he became one of just two rookies to play every offensive snap.

“Last year, I played between 310-315 [pounds],” Cushenberry said. “I’m sitting around 320 right now. I feel great. I don’t feel like I put on any bad weight. In the offseason, I went straight to work. I knew last year wasn’t good enough. I just went straight to work and put my head down all offseason and grinded.”

Cushenberry was motivated in part by the Broncos’ decision to draft Quinn Meinerz in the third round. He said earlier this offseason that he expected the team to make a move given his “unacceptable” level of play.

Through the first five practices of training camp, though, Cushenberry appears to have a solid hold on the job. He’s exclusively worked with the first-team offensive line, and Head Coach Vic Fangio said last week that Meinerz would first need to prove there should be a competition.

Cushenberry’s own growth could make that more difficult for the young player.

“Lloyd has definitely improved,” Fangio said Monday. “Had a great offseason both physically and mentally, got stronger, studied the game, had the OTAs, the minicamp. You always look for a big jump from Year 1 to Year 2. I think he’s in the process of doing that.”

An increased comfort in the offense and a full offseason program should help Cushenberry continue that development. He spent the offseason working with Graham Glasgow and Netani Muti, and he also studied some of the league’s top centers in New Orleans’ Erik McCoy, Arizona’s Rodney Hudson and Tampa’s Ryan Jensen.

“I got the chance to talk to those guys,” Cushenberry said. “I went to Dallas to [OL Masterminds] to pick some of their brains and talk to [NFL free agent C] Ben Garland, who was center here for a little bit. Just trying to pick their brains to see what I can take from their game and put into mine.”

Cushenberry believes that work and that experience should prevent him from making the mistakes he did a year ago.

“Not playing physical enough,” Cushenberry said of his issues as a rookie. “Not coming off the ball fast enough — kind of hesitant and still thinking a little bit. This year, having the same offense and the same guards next to me, we know each other. You can just go out there and play. I know I put in the time to learn what I had to do and learn the full picture of the offense. I can just go out there and play physical every snap and just get after it.”

Cushenberry said the key to increased physicality is a mix of upper- and lower-body strength and strong technique.

“When you get tired, do you get sloppy or do you still get off the ball with those first two steps quick, fast and physical?” Cushenberry said. “That’s really what it is — technique and core strength.”

It’s worth noting that Cushenberry’s rookie season was far from a failure. He started all 16 games, and he earned All-Rookie team honors at the end of the season. Still, he’s looking for more.

The real test of Cushenberry’s improved play will come as the pads go on and the Broncos begin their preseason slate. The early returns, though, suggest that the former first-team All-American is ready to take the next step in his career.

“He was awesome on the mental-side of things,” Graham Glasgow said. “I can count maybe on two hands the amount of mental errors over 16 games I think he might have had, which is saying a lot. That’s really good. I feel like he was strong but, I feel like he just got stronger. Part of it I feel is the confidence and the play strength or play speed. I feel like he’s playing faster, he’s playing more confident. He’s gotten the reps. He knows what to do, and I think he’s going out there and doing it.”