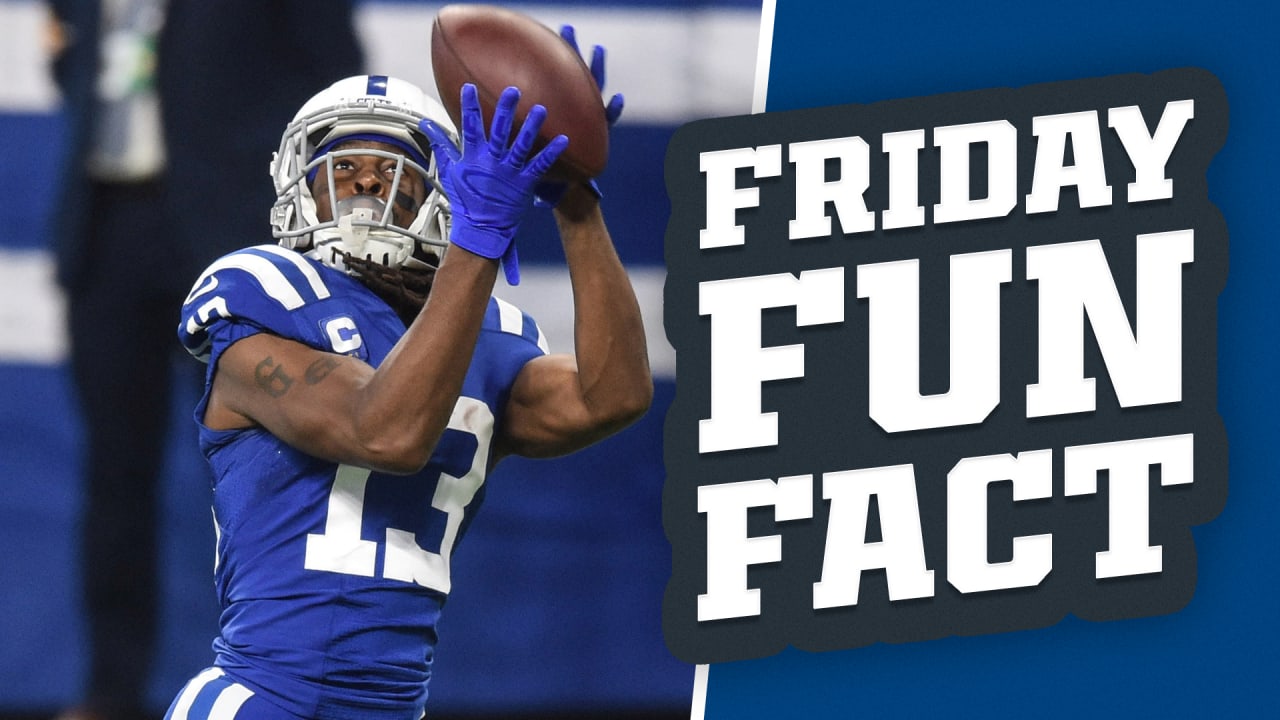 If Hilton hits that mark, the Colts will become the first franchise to have three players total 10,000+ receiving yards in NFL history. The others, of course, are Marvin Harrison (14,580 yards) and Reggie Wayne (14,345 yards).

But you might’ve already known that.

So for this week’s Friday Fun Fact, I’m going to look at how remarkably productive Hilton has been as he enters Year 10 in the NFL — with all of those seasons spent in Indianapolis.

Harrison and Wayne each had eight 1,000+ yard seasons during their career with the Colts. Hall of Famer Jerry Rice holds the NFL record with 14; Randy Moss, who will be inducted into the Pro Football Hall of Fame this year, is the only other player with 10 or more.

Maybe even more impressive, though, is how consistently Hilton has made big plays to rack up those yards in his career. Hilton is one of 15 players in NFL history to average 15+ yards per reception with 600+ catches (he’s averaging 15.4 yard per reception and has 608 career receptions). Essentially, we’re combining explosiveness with longevity here.