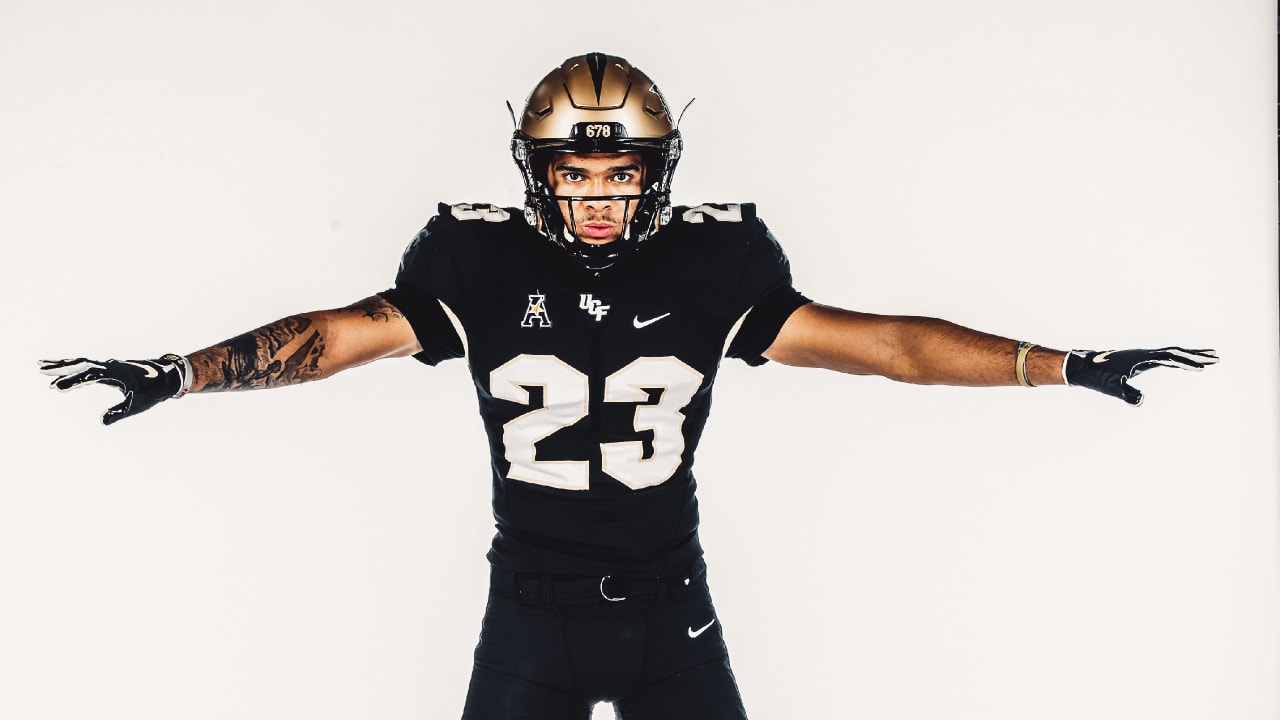 The problem wasn’t just that Gowan missed the season, but more that he had little experience prior. He was fantastic at UCF in 2019. But he had played just one game as a freshman at Miami of Ohio before playing at a junior college in 2018.

Even with that, many of the pundits expected him to potentially go as high as the third or fourth round. When the Cardinals were on the clock with the first of their two sixth-round picks, the cornerback-needy team could have gone with Gowan there instead of grabbing edge rusher Victor Dimukeje. Then he was still there later in the round, and the Cards grabbed him with the pick they got in the Mason Cole trade.

“When you look at the big picture, you realize that he hasn’t played a ton of football, yet still looks that good on tape, still looked that good in his workout, you’d like to think he’s another guy with a high ceiling and another guy who can come in here, learn under some really good veterans,” Cardinals GM Steve Keim said. “The sky is the limit, in my opinion, or him.”

Gowan has that expectation. Already driven to succeed in the NFL, his year away and all that entailed mentally and physically has spawned a player anxious to star. He didn’t choose jersey number 32 but now that he has it – last worn by Tyrann Mathieu and Budda Baker – Gowan insisted “I’m going to live up to that legacy.”

“Once you get to know him, it’s not just what he says – he actually lives that,” Cardinals cornerbacks coach Greg Williams said on the “Big Red Rage.” “He backs it up with his work ethic. It’s not just talk.”

His agent and trainers made sure Gowan didn’t overdo work during the football season, which made sense for Gowan, who worked three days a week and had plenty of time to tend to his daughter and family.

He ramped up his training in Fort Lauderdale, Florida for what became an impressive pro day, and then after his pro day trained with Steelers Pro Bowl safety Minkah Fitzpatrick and Fitzpatrick’s father. Gowan has no fear a year off will be a problem.

His family is healthy again. He now has the money to provide for them should another medical emergency come up. And Gowan is ready to fulfill his announced plan to become a fan favorite, to sign an autograph for every fan waiting for one, to deliver smiles to the fan base.

Gowan is going to be at the head of the line. For his family, for the Cardinals, and for himself.

“I’m so excited, I don’t think I’ll ever leave the facilities,” Gowan said. “I might stay there. This is my life-long dream.”

Tags: gowan he his