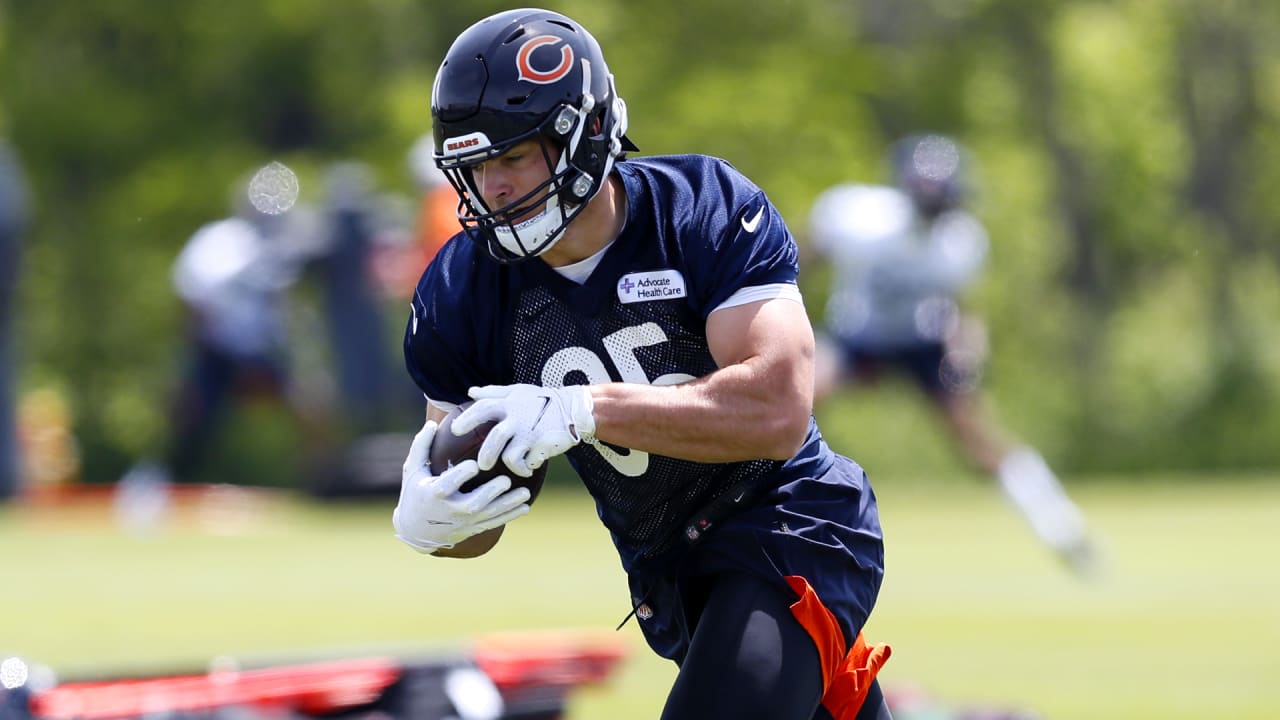 “Right now, after being a year in the offense and kind of understanding what coach [Matt] Nagy and coach [Bill] Lazor are kind of doing with this offense, I’m a lot more comfortable with it,” Kmet said. “I’m stronger. I feel like I’m quicker and faster right now. [I have] just a lot of confidence going on with the offense and in myself.”

Kmet’s production increased at a similar rate. After catching eight passes for 94 yards and one touchdown in the first 11 games, he had 20 receptions for 149 yards and one TD in his last five contests.

After patiently learning how to crawl and then walk as a rookie, Kmet is ready to hit the ground running in his second season with the Bears.

“To be able to end the season like that in terms of getting a lot more snaps and being more productive at the end of the season, it’s obviously a real good thing coming into this offseason,” Kmet said. “It’s big for me. As we’ve gotten together here, being with Andy [Dalton] and kind of getting the timing down and things like that, it’s been real beneficial for me. I’m looking to build on what I did at the end of last season and continue to grow from there.”

The Bears are hoping that Kmet—who they selected with the 43rd pick in the second round of the 2020 draft—develops into a key contributor in 2021.

“I envision a lot for him,” coach Matt Nagy said of Kmet. “We weren’t sure going into [last season] with new tight ends—Cole and Jimmy [Graham]—how that thing was going to play out. [But] Cole did such a great job of digesting the offense, his role will continue to expand.

“He wants more, he wants to do everything he can. He’s so fun to coach. [Tight ends coach] Clancy [Barone] does a great job coaching those guys and they’ve built a great relationship. But we’re all going to see more of him, and that’s important because he’s very talented and he can do a lot of things.

“He creates matchups in the pass game, and he can hold an edge and dent a defense in the run game, so that’s really exciting for us to be able to use him more. That’s why we drafted him where we drafted him last year. And I think we all saw last year there were some stages there [in the] middle to the end of the year where he started taking off and doing more things, and that’s the expectations and the standards for us this year with him.”

After missing out on the opportunity as a rookie, Kmet is eager to hone his skills in preseason games this year—especially in terms of building a rapport with new quarterbacks Dalton and rookie first-round pick ﻿Justin Fields﻿.

“I want to continue to grow,” Kmet said. “The more reps I can get with Andy on the field and these quarterbacks, it’s only going to benefit me when the regular season comes around.”