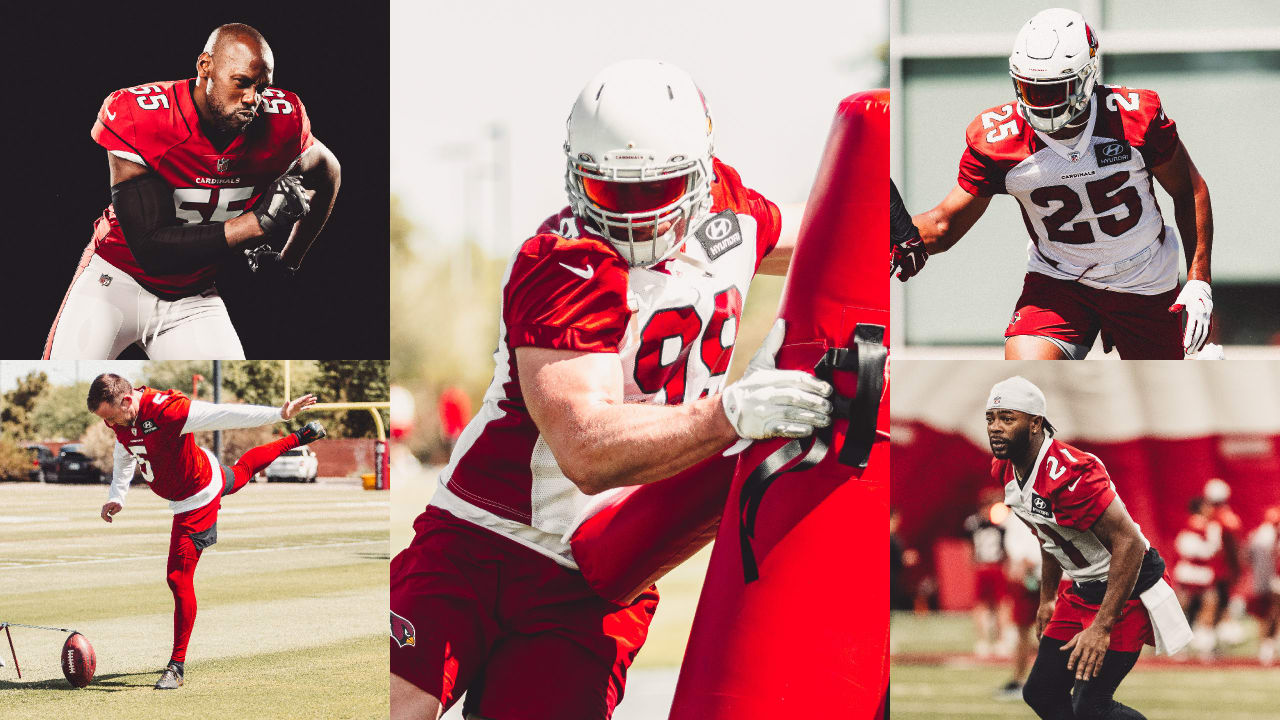 With training camp nearly here, there are always questions that the Cardinals know they need answered as they arrive at State Farm Stadium for their prep to the season.

Some of them were covered previously, but here are the others Kliff Kingsbury and his team must address.

WHAT WILL J.J. WATT DO FOR THE DEFENSE?

The arguments have been made that Watt isn’t the same player he was when he was winning Defensive Player of the Year honors. It’s fair. But it doesn’t mean he isn’t still a player who impacts a game, and he can do so at a spot – the interior of the defensive line – that the Cardinals sorely need production. Watt was all over the place when he played in Houston, but for the Cards the majority of his time figures to be inside the tackles, giving a push up the middle while edge rushers like Chandler Jones can crash from the side. Sure, Watt will aid in locker room leadership and accountability. His biggest job, however, still remains on the field.

HOW WILL INEXPERIENCE IMPACT ZAVEN COLLINS AND ISAIAH SIMMONS?

We know that 2021 first-round pick Zaven Collins and 2020 first-round pick Isaiah Simmons will be the starting inside linebackers for the Cardinals. Beyond that? It’s hard to know exactly what they will bring to the defense. The ultra-athletic Simmons will benefit from offseason work he didn’t get as a rookie, something he has already acknowledged. Simmons also showed more flashes of the player he can be in the last few games of the season, when his playing time began to increase. But Simmons had the luxury of being behind two veterans to start the season. Collins won’t have that chance, unless something happens unexpectedly between he and Jordan Hicks on the depth chart. There will be mistakes made by both. Kingsbury, defensive coordinator Vance Joseph and even Simmons and Collins have admitted as much. But the Cardinals believe whatever growing pains they deal with are worth the tradeoff as they upgrade with athleticism in the middle of the defense.

WILL CHANDLER JONES ERASE THE MEMORY OF 2020?

In 2019, Chandler Jones had one of the best seasons of his career, notching 19 sacks and nearly winning Defensive Player of the Year honors. Much was expected last season. He had some pressures but not sacks – only one – before he hurt his biceps in the fifth game of the season, ending his year. Now he returns, heading into the last year of his contract with everyone understanding he would like an extension sooner rather than later. ESPN reported Sunday morning Jones had actually requested a trade in the offseason because he was upset with his contract situation. It certainly has a chance to muddy the waters.

HOW DO THE CORNERBACKS PERFORM NOW THAT P2 IS GONE?

Like Larry Fitzgerald’s absence on the offensive side of the ball, it will be strange to see a defense that doesn’t have Patrick Peterson on the depth chart for the first time since 2010. They signed one-time Super Bowl hero Malcolm Butler, as well as veteran Darqueze Dennard. Byron Murphy has been touted as the team’s No. 1 cornerback, another of the young players the franchise feels is trending upward. Robert Alford is driven to show he can still play after two years lost to injury. Maybe rookies Marco Wilson or Tay Gowan can make some inroads. To top it off, the Cardinals get an early look at Peterson himself when the Vikings visit in Week 2. The secondary will be helped with stud Budda Baker at safety, but the Cardinals need the corners to hold their own, even without a star No. 1.

It’s been a number of years since the Cardinals felt comfortable at kicker, when Jay Feely was still booting balls. Chandler Catanzaro, Phil Dawson and Zane Gonzalez had their moments of being very good, but there were too many cases of inconsistency. Now comes Matt Prater, like Dawson a long-time veteran who owns the NFL record for longest field goal in a game. Prater is coming off a season of 75 percent on field goals (21-of-28), his lowest since his first full season of 2008. But he had a field goal of 59 yards, and four of the misses came from at least 50 yards (on 10 attempts). He is confident in a bounceback season. The Cards might’ve made the playoffs with a couple more Gonzalez makes last season, so it matters.

Tags: he simmons will