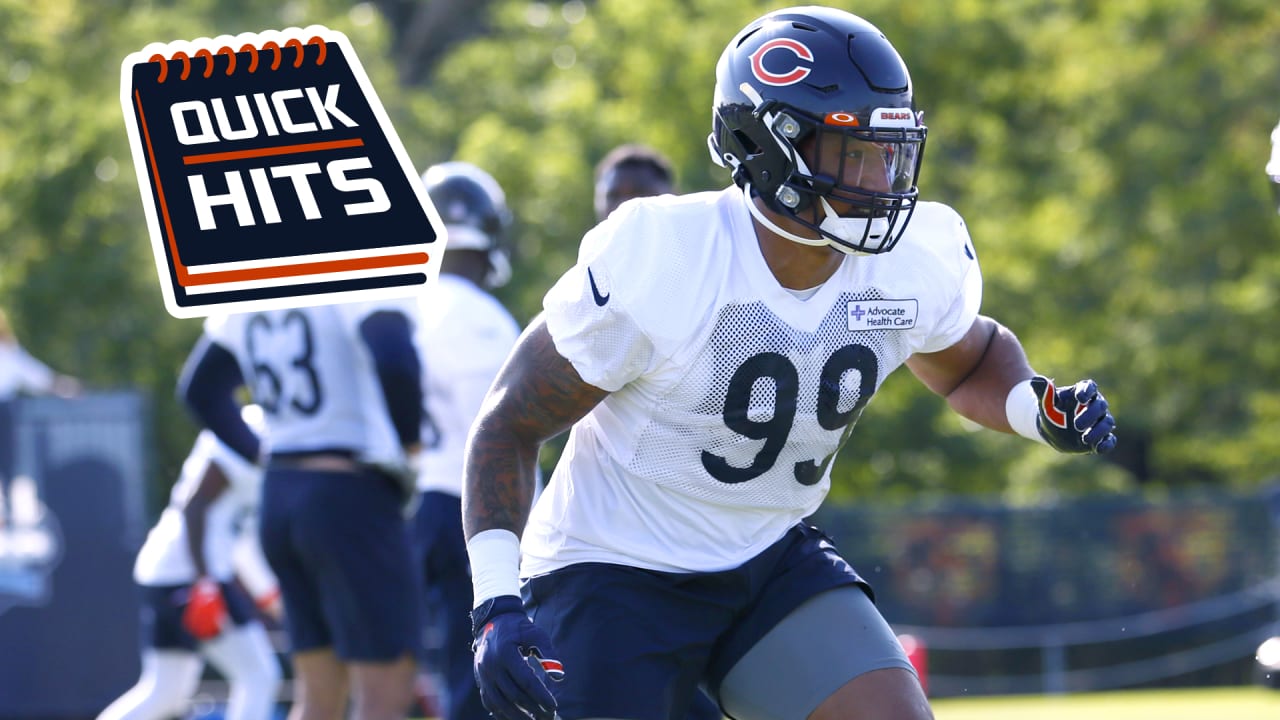 Gipson benefitted from playing in seven games as a rookie, but experience isn’t the only thing he has gained. This offseason he increased his weight from 255-257 to 262-263 pounds.

“It was really just hitting the weight room real hard,” Gipson said, “trying to improve my explosiveness, my power, agility; just really things besides the playbook that I could do to help perform better, which is work on my body.

“This being my second year in camp, I feel a lot more comfortable. I’ve put on a couple pounds that helped me perform better, in my opinion. I know the playbook more. Everything has just slowed down.”

Gipson is confident that he will perform well when given the chance to play in preseason games this summer for the first time.

“I have a tremendous amount of faith in myself,” Gipson said. “And I know the opportunities that are being given to me [in] preseason and throughout the season, I’ll take advantage of, so I think I’ll do pretty well. Just me giving 100 percent effort, I think that’ll carry me through a lot of things.”

“We’re going to slowly ramp these guys up and be smart with their reps, and they’ll all have different plans by person,” said coach Matt Nagy.

Inside linebacker ﻿Roquan Smith﻿ sat out Saturday’s practice after injuring his groin in Friday’s workout. Asked about his level of concern, Nagy said: “All those soft-tissue injuries like that, they’re all a little bit different. I feel better than worse with that, but they’re working through the whole timeline thing.”

Speaking of Smith, the fourth-year pro produced one of the most impressive individual efforts of training camp Friday when he penetrated through the line and intercepted a ﻿Justin Fields﻿ shovel pass.

“Ro made a good play,” Nagy said. “He just shot up the middle and he came unblocked up the middle. It was a little shovel pass. Right now, we’re just experimenting [with] different things. He made a good play. There’s not much Justin [could do]. That’s a hard one to [run a] shovel pass and expect a guy to be shooting up the gap like that.”

With his 4.4 speed in the 40, Fields likely would have been able to catch Smith from behind as he returned the interception. (Of course, quarterbacks are discouraged from engaging in any type of contact in training camp, particularly when it comes to tackling linebackers).

Fields isn’t the only fast quarterback Nagy has worked with; the Bears coach was an offensive assistant with the Eagles from 2009-12 when Michael Vick was Philadelphia’s quarterback.

“It was electric how [Vick] played,” Nagy said. “It was [a] different level. That was crazy. Anybody that coached Michael can say that. But Justin, you feel that burst. Watch his burst when he’s throwing routes on air to the wideouts. Watch that burst from when that drill is done and he bursts to the other end of the field. You can see it. That’s where you feel it.”