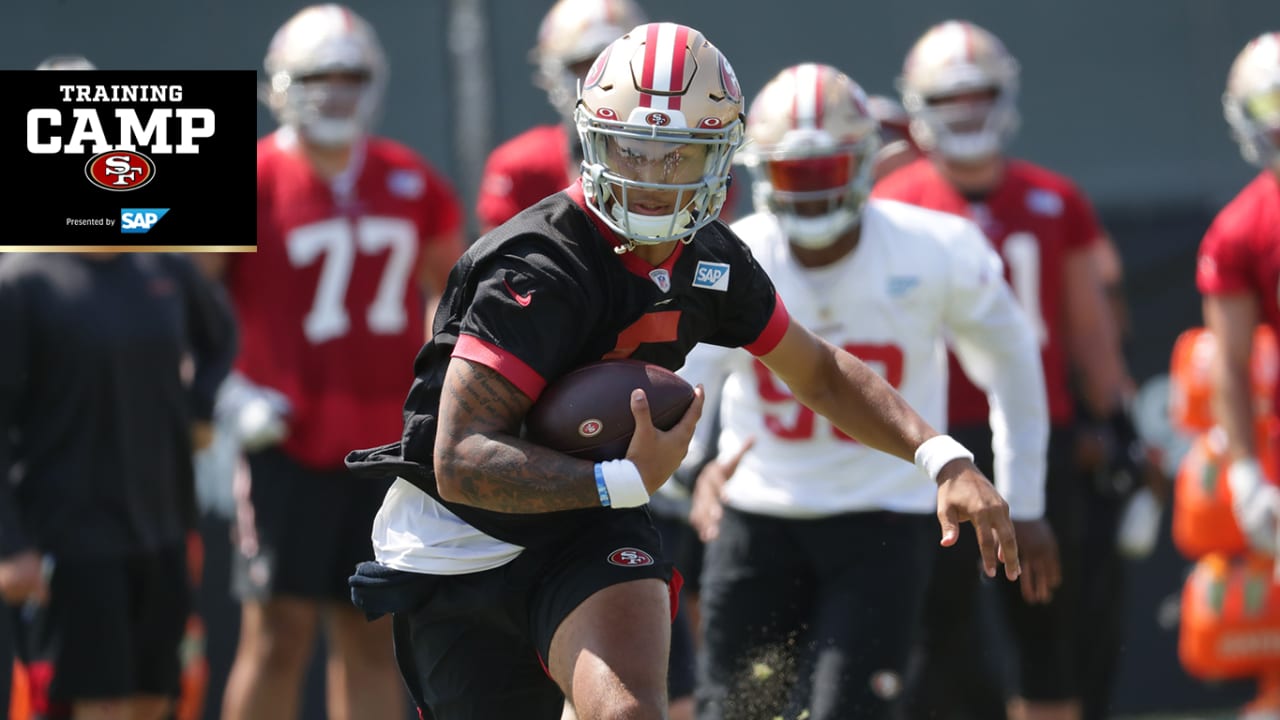 San Francisco closed out their first block of training camp practices on Saturday, which was also their longest practice of the week. Unlike days prior, it’s hard to discern if one side of the ball had a more superior showing, as there were several noteworthy plays across the board. Here are some observations from Saturday’s session.

– San Francisco’s defense notched their first, second and third takeaways of training camp. Fred Warner read the quarterback’s eyes and jumped the route and returned the interception for a defensive touchdown.

– The second takeaway came by way of Jason Verrett﻿, who made an easy interception off of a wobbly throw intended for Deebo Samuel﻿.

– San Francisco’s defense came up with their third takeaway, this time, by defensive lineman Arden Key﻿. On a botched handoff, Key scooped the fumble and returned it for a score.

– Jimmy Garoppolo had a strong start to practice that included two 20 yarders to Brandon Aiyuk and a dart to tight end Ross Dwelley﻿.

– The 49ers gave a peek into Trey Lance﻿’s mobility on Saturday. Through the first three practices, the rookie operated primarily out of the pocket. During Saturday’s session, Shanahan implemented quarterback-designed read plays where Lance notched multiple would-be sizeable runs.

– Nate Sudfeld made a few impressive throws of his own. The backup quarterback connected with Samuel in back-to-back players for big gains to close out the session.

– The 49ers held their first practice that featured 1-on-1 battles. Here a few takeaways from the drill:

– After receiving a “maintenance day” on Friday, Bosa was back on the field on Saturday. He, along with Dee Ford and Javon Kinlaw all took part in individual drills and were spotted doing work on the side during full-team work.

– Also, defensive tackle Maurice Hurst was back on the field on Saturday after dealing with a “slight” calf injury the day prior.

– Dre Greenlaw did not practice while dealing with a blister on his foot. With Greenlaw out, Azeez Al-Shaair saw the bulk of the snaps at WILL linebacker.

– The 49ers take Sunday off before reconvening again for the start of their second block of practices on Monday.