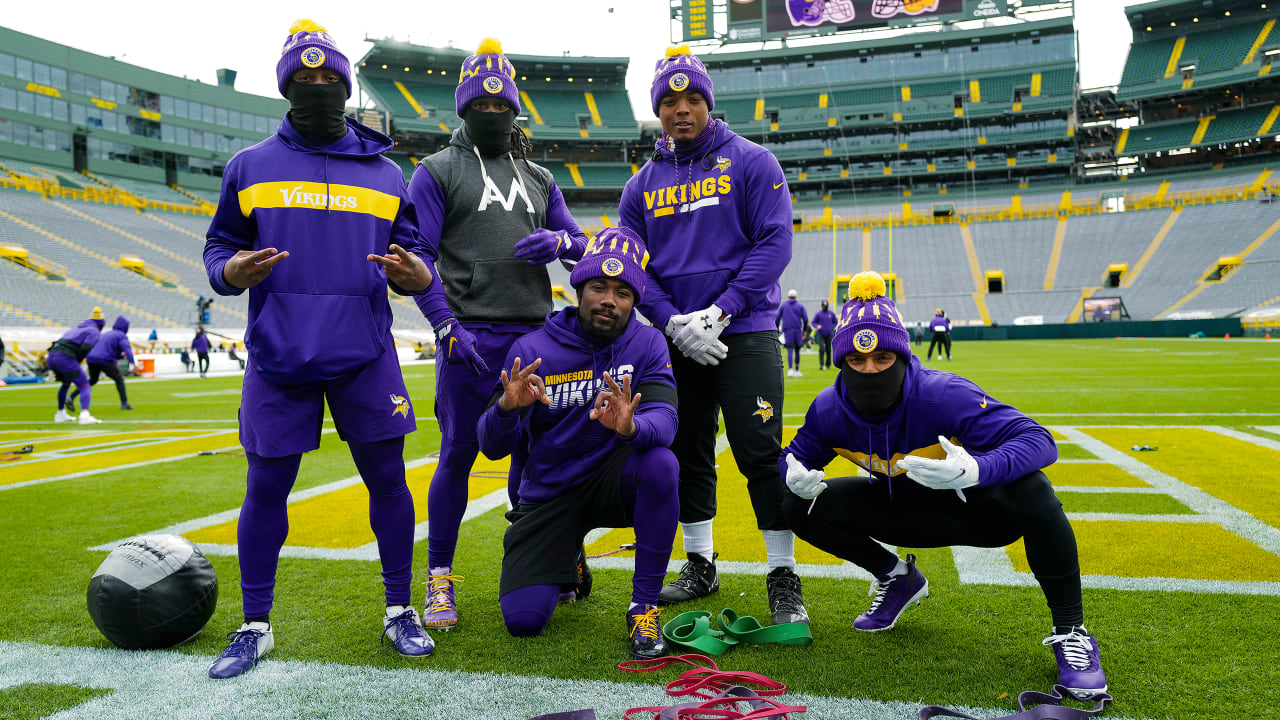 Minnesota’s running backs will once again be led by Kennedy Polamalu, who has coached the position group since 2017.

There’s no denying the Vikings are set with Cook as their No. 1 back and Mattison as a reliable complement to “The Chef.”

Behind those two, it remains to be seen what approach the Vikings take. Will they re-sign Abdullah as an option both at kicker returner and on offense? Will they retain Boone? Being that Boone is a restricted free agent, Minnesota has the option to assign a tender to him and ensure a draft pick in return should he sign with another team.

The Vikings will likely continue fielding a run-heavy offense under the guidance of new coordinator Klint Kubiak, who is taking over the position in the wake of his father Gary’s retirement, so depth at running back will remain a priority.

Minnesota could stand pat with the players currently on its roster, add players through free agency or wait until the NFL Draft in April and potentially snag someone there or from the college free agent pool. The Vikings last added a free agent running back in 2017, when they inked veteran Latavius Murray, who played two seasons for Minnesota.

WHO’S POTENTIALLY OUT THERE?

There’s a big drop-off in Rosenthal’s list between the first two backs included. Minnesota is plenty familiar with Jones, who’s spent the first four seasons of his career in Green Bay. The 26-year-old has totaled 37 rushing touchdowns thus far, five of which he’s scored against the Vikings. It seems safe to say the Vikings won’t be targeting a big-name back like Jones with Cook on the roster … but equally safe to say they wouldn’t mind if he signed with a non-division team.

The Seahawks may not be an NFC North team, but they may as well be for as often as they’ve met the Vikings over the past four years.

Carson has experienced his share of ups and downs in Seattle but notched impressive seasons in 2018 and 2019, exceeding 1,000 yards on the ground in each campaign. In 2020, he recorded 141 carries for 681 yards and five scores in 12 games played.

Originally a third-round draft pick by Miami in 2016, Drake has spent time with the Dolphins and Cardinals over the first five seasons of his career. This past season in Arizona proved his most effective, as Drake played in 15 games (13 starts) and totaled 955 yards and 10 touchdowns on 239 rushes. The Cardinals recently made a splash signing in defensive end J.J. Watt, so it remains to be seen if they’ll re-sign Drake – and other free agents – or let him walk.

Also a third-round draft pick but in 2015 by Cleveland, Johnson’s numbers in the run game are underwhelming; he’s totaled just three rushing touchdowns in the past three seasons and eight in his career. Johnson has also been utilized in the passing game, though, both in Cleveland and in Houston, having totaled 2,829 receiving yards and 12 touchdowns through the air. He’s also shown to be durable, not missing a game until the 2020 season.

Mack’s most-productive seasons for the Colts were 2018 and 2019, during which he totaled 1,999 rushing yards and 17 touchdowns. He was sidelined for almost all of the 2020 campaign after suffering a torn Achilles in Week 1.

Conner has been a modest but reliable contributor to the Steelers offense. Last season, he started 11 of 13 games and recorded 169 carries for 721 yards and six rushing touchdowns. He also added 35 catches for 215 yards.

White is the longest-tenured player on Rosenthal’s list, having spent the past seven seasons in New England. The Florida native appeared in 14 games for the Patriots in 2020 but had just 121 rushing yards. White was again more heavily utilized as a pass catcher, totaling 49 receptions for 375 yards and a touchdown.