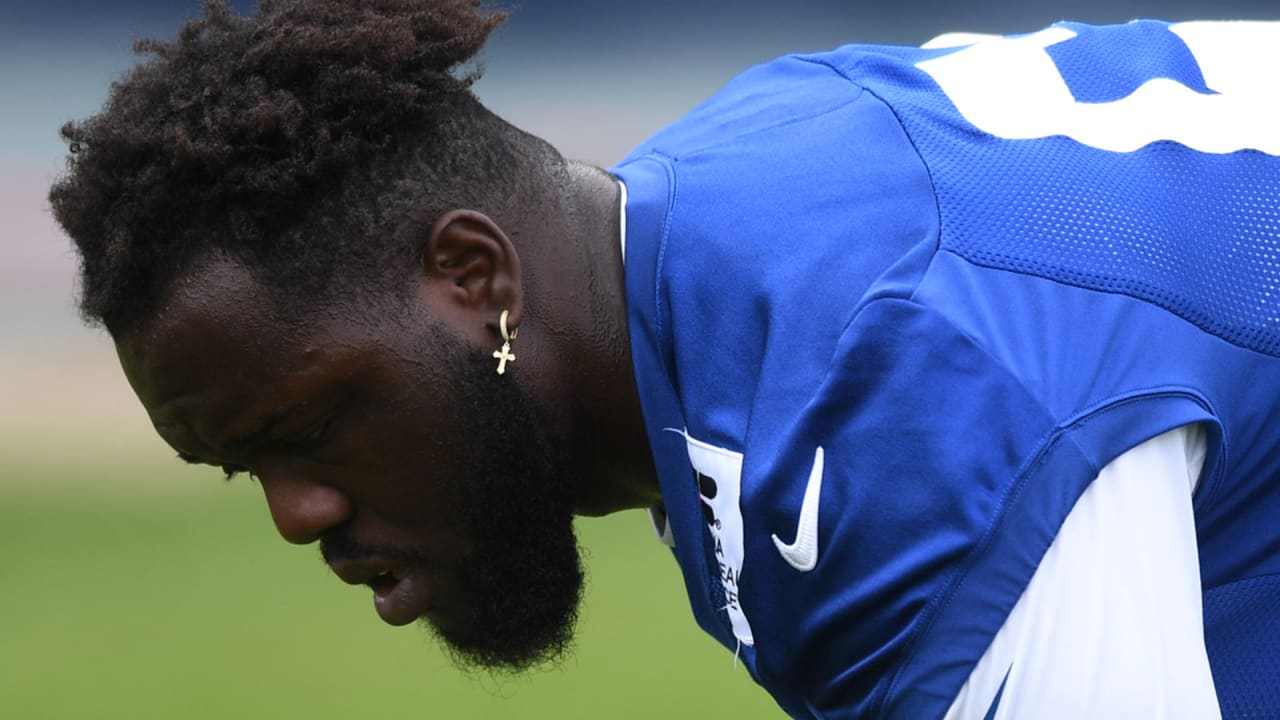 Excerpts are from interviews conducted with local media members and the Colts Official Podcast.

Do you see Kwity Paye playing from the start, and when did you feel like he was a fit for the Colts coming out of Michigan? And how did the scouting process play out for him?

Chad Henry: Really back to last season, he was a guy who was kicking around coming out as an underclassman. Same traits stood out on tape then that they did this year. He definitely is a fit for us because of the athletic skillset and the way that he plays, I mean, the guy plays 100 miles an hour all the time.

And then the best thing is once you start to learn about the kid, that really is what seals the deal because I’m finishing up my 24th year in scouting, and there’s not five guys that I’ve scouted that have better character and makeup than this kid. He is unique. Really, really special in a lot of ways and he really fits the culture of our building and what we’re trying to do in terms of building our team.

Why was Kwity Paye’s sack production in college something that didn’t matter much?

Chad Henry: I think you gotta look at what they’re being asked to do. If you look back, I’ve just been going to Michigan since I got here which would’ve been 2016 season. I haven’t scouted a lot of defensive linemen coming out of Michigan that put up gaudy numbers. Probably the most productive guy over that timeframe was Chase Winovich, and that’s just because he was a complete psycho — like, chased the ball halfway down the street to make the play. Kwity does that too.

I think that’s another reason why we got excited about seeing him in our scheme because he is going to able to utilize that speed and attack upfield a lot more than he was able to do there. Sack production is good but it can be a little bit deceptive sometimes too. When you put his traits together and the way that he plays, and I think he even has an opportunity to get better as a pass rusher in our scheme and the way he’s going to be taught here. We were excited about it.

How does adding Kwity build competition on the D-line?

You said the other day there were five or six difference makers in this draft. Was Kwity Paye on that list?

Chris Ballard: We think he’s got really high upside and his tape is good. Kwity has got really good tape and he fits our scheme really well. The one thing with him – the effort that our players defensively – it’s an adjustment for new players that come into the building whether they’re rookies or free agents. It won’t be an adjustment for him. He plays the way we want to play.

You mentioned his incredible back story. I wonder how it impacted you and your decision as you started to dive into his background and see that video that you mentioned?

Chris Ballard: Well first, he has got good tape. That’s number one. To get put on the board in the first round, you have got to have really good tape. Then you’ve got to go through the rest of the process. What his backstory tells you is this kid – he’s got some survival skills and when it gets hard in this league, he’s going to be able to handle it.

This is a hard league. It’s hard and you’re going to fail. Players are going to fail, you’re going to have some bad moments and you have got to have something inside of you that allows you to push through it. I think it’s one of the really good things that our scouts are able to do is to find those type of players. From Quenton (Nelson) to Braden (Smith) to Darius (Leonard), you can go down the list of guys who have had their – they might not have had the first start to their careers great but they just kept battling and they have a confidence level that they are going to be good players in this league. I think Kwity has that.

It’s no secret how Matt Eberflus runs his defense – play to the whistle, go hard. What was it about Kwity Paye on tape that said, “OK, this guy, he has the tools to fit into this scheme, to have that energy that Darius Leonard and DeForest Buckner and all those guys play with?”

Chris Ballard: It was really easy because his energy – you always look for guys who pop. Do they pop on tape when you’re watching – all 22 of them – who pops off the tape? And Kwity pops off the tape. One, with his athleticism and his speed but also with his effort. This kid, he already plays the way we want to play. He is going to fit in pretty quickly. I know our defensive players were pretty excited. I heard from a few of them.

Tags: colts draft he NFL out Scouts was