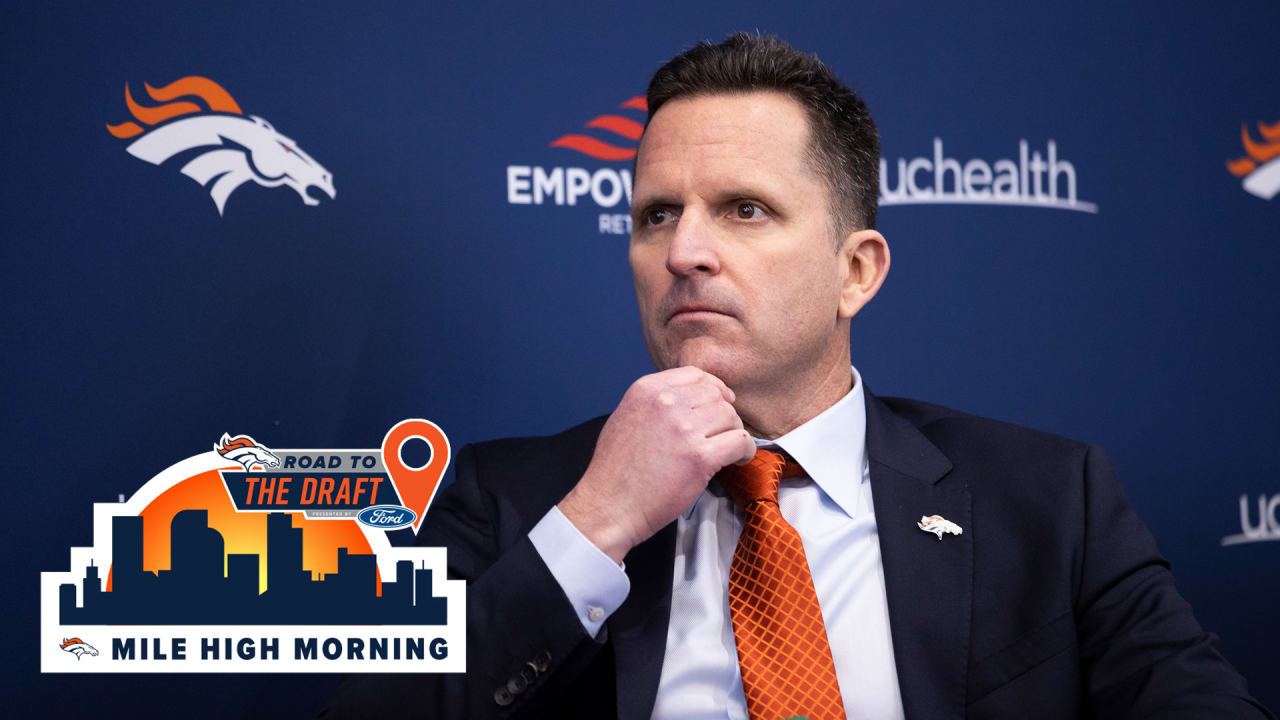 One of the unknown elements for the Broncos regarding the upcoming draft is that it’s hard to know what to expect from first-time general manager George Paton.

However, Paton does have an extensive history in the NFL that perhaps we can glean some info from, especially from his recent work with the Minnesota Vikings. From 2007 through 2011, Paton served as their director of player personnel, and when Rick Spielman was promoted to the position of general manager, he became assistant general manager and then added vice president of player personnel duties in 2015.

For about two decades, Paton was Spielman’s protégé — a close friend, a confidant and a talented colleague with a bright future. That said, it stands to reason that Paton may have had a hand in Minnesota’s draft strategy, at least beginning in 2012 with the start of Spielman’s GM tenure.

Over the past nine drafts, Minnesota has approached the annual event like no other NFL team. The Vikings led the NFL in total draft selections in that time with 93, beating out the next-closest team by six picks. Over just the past two years, Minnesota made a league-high 27 draft picks.

The Vikings did this largely by being extremely active in draft-day trades, made either in the hours before the draft or during the draft’s three days. In seven of the nine previous drafts, Minnesota added two or more current or future draft picks through draft-day deals.

Looking solely at the first round, Minnesota made six draft-day trades that either changed the position of their first pick or gave them additional first-round picks.

Focusing on Spielman’s first three drafts may hold the most interest, as he made five of those six trades in that span after taking the helm for the previously 3-13 team.

In the hours before the 2012 NFL Draft, Minnesota traded down one spot and picked up a fourth-, fifth- and seventh-round pick. Later that day, the Vikings traded second- and fourth-round picks to get back into the first round to select future All-Pro safety Harrison Smith with the No. 29 pick.

The following year, Spielman and Co. had already added a second first-round pick after trading Percy Harvin to Seattle a month or so before the draft. They then acquired a third first-round pick by dealing second-, third-, fourth- and seventh-round picks to draft future All-Pro receiver and NFL 2010s All-Decade Team return specialist Cordarrelle Patterson.

In 2014, the Vikings again traded down one spot with the Browns and added a fifth-round pick. Then they traded second- and fourth-round picks to get the final pick in the first round, which they used on QB Teddy Bridgewater.

These moves and their results, frankly, were remarkable. Of the seven first-round selections Spielman, Paton and the whole Vikings staff made in that three-year span, six have earned at least one Pro Bowl selection and three have been named a first-team All-Pro. What Minnesota’s apparent strategy entailed, aside from stockpiling draft capital at little cost, was also that they shouldn’t be afraid to use some of that capital to acquire additional first-round picks when possible and when the talent was undeniable to them.

There are some limitations to the lessons that can be drawn from the Vikings’ situation, of course. The first is that Paton won’t be a carbon copy of Spielman. The second is that every draft is different. When Minnesota held top-10 picks in 2012 and 2014, those drafts didn’t feature the kind of situation that the 2021 draft may hold with its potential run on quarterbacks in the first four or five picks.

Beyond that, there is some indication that Paton may collect draft picks in bunches. In recent years, the Vikings have become even more active during the draft’s later rounds, though they haven’t made as many first-round moves as they once did.

“I think our philosophy in Minnesota is try to acquire as many draft picks as you can,” Paton said during his introductory press conference in January. “The more draft picks you have, the more flexibility you have. In the offseason, you can make a trade for a player. [On] draft day, you can kind of work your way up and down the draft — if you want to go get a player, you go get them. So, we always thought it was important.

“The more picks, the more darts and the better chance of you hitting the bullseye. I would like to think that would continue here. Every draft it may not work out. Some drafts you just want to stand pat and take the guy — a really good player. That is going to remain a philosophy here in Denver if possible.”