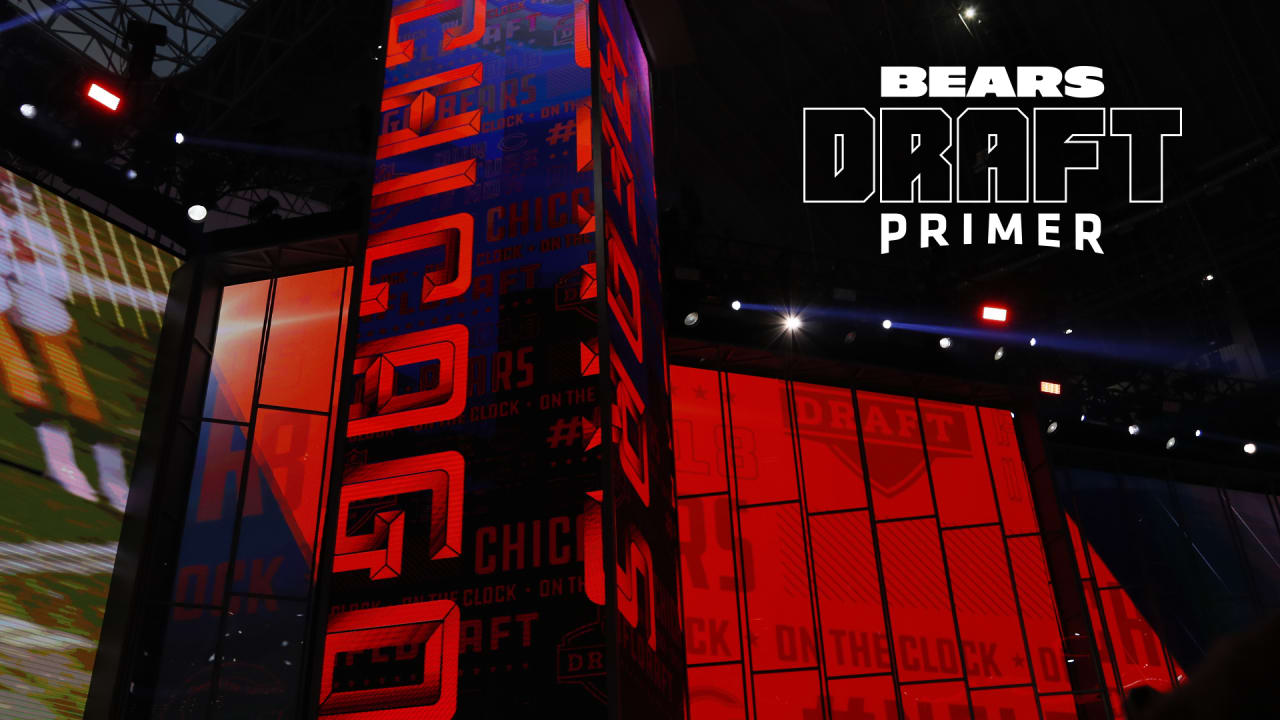 Kevin Fishbain, The Athletic (April 12)
Pick: Stanford quarterback Davis Mills
Comment: I keep coming back to Mills, this time bumping him up to Round 2 after making him my third-round selection for the Bears in our second mock draft. If the Bears feel good about Mills — or Kellen Mond — I’m not sure they can afford to wait until the third round.

Adam Jahns, The Athletic (April 12)
Pick: Notre Dame offensive tackle Liam Eichenberg
Comment: If the Bears wait until the second round to draft an offensive lineman, you can’t go wrong with a Fighting Irish product. Eichenberg doesn’t have the same athletic ability that made Mike McGlinchey, Ronnie Stanley and Zach Martin first-round picks, but [draft analyst Dane] Brugler described him as a “fundamentally minded blocker.” Playing for Notre Dame and starting 38 games at left tackle over three seasons will make you that.

Mel Kiper Jr., ESPN (April 13)
Pick: Auburn receiver Anthony Schwartz
Comment: Chicago is another team to watch for [Stanford quarterback Davis] Mills, and it has a hole at cornerback as well. With Anthony Miller’s future up in the air — he could be traded — Schwartz is a wideout who could take the top off the secondary and free up Allen Robinson in the red zone. Schwartz averaged just 11.8 yards per catch last season, but that was because of the way he was used; he has elite speed. New quarterback Andy Dalton will have to get better targets to hit on play-action deep balls.

Todd McShay, ESPN (April 5)
Pick: Florida quarterback Kyle Trask
Comment: The Bears dip into the QB pool on Day 2 with Trask, who has great touch and anticipation on his passes despite some shortcomings with arm strength. He could learn behind Andy Dalton and Nick Foles and be given a change to develop into a potential down-the-road starter.

Mike Tagliere, Fantasy Pros (March 30)
Pick: Florida receiver Kadarius Toney
Comment: I think the hype got out of control with many projecting Toney as a first-round pick, but his slide ends with the Bears. We heard the Bears were shopping Anthony Miller over the last few weeks, which means they have alternate plans in the slot, and the answer is not on their depth chart right now. Because of that, I’m expecting them to select a receiver early in the draft. Toney is the type of player Matt Nagy would design plays around.