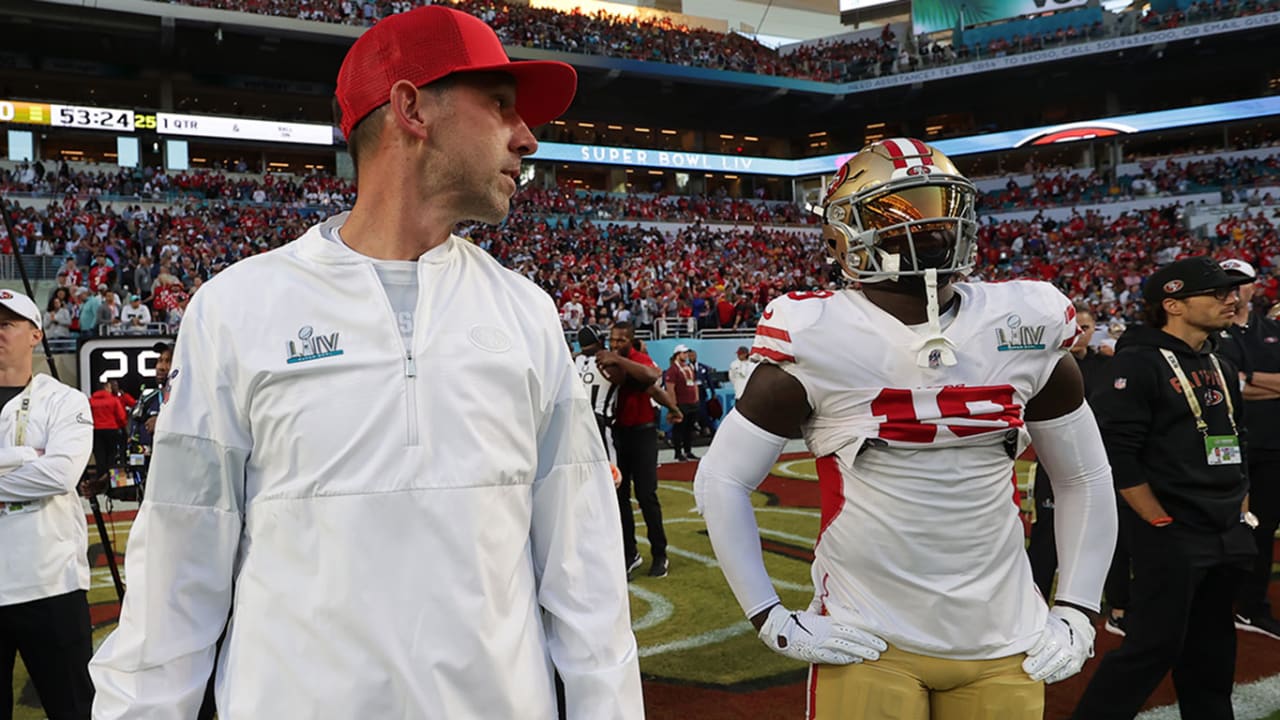 That last number formally snaps an 18-year streak. The 49ers didn’t take a receiver for the first time since 2002, which is somewhat of a surprise considering perceived team needs.

Why is that? Sometimes, internal priorities don’t match assumptions from the outside. Other times, the best player available when on the clock doesn’t match a positional preference.

The draft is a fluid situation where the best teams adapt and bring on as many talented fits as possible to increase depth and quality. The 49ers certainly did that, with marked improvements to several position groups for the short- and long-term.

“We got better during this draft process,” general manager John Lynch said. “I feel very strongly about that.”

They did so by staying true to their draft board and their evaluations, making sure top talent was added over reaching for need. The 49ers didn’t add a receiver or an edge rusher, for that matter, but head coach Kyle Shanahan explained why that was the case.

“That’s one thing that’s always tough with the draft from a fan standpoint or people just watching it,” Shanahan said. “Everyone thinks they know the needs and sometimes they’re accurate, but you don’t go into the draft just picking everything you want. There’s a huge evaluation process and you don’t know who’s going to get [to your selection]. There are some positions you want more than others, and if they’re in the same area of talent, you always go with the need.

“It doesn’t always work out that way. We didn’t go into this draft thinking we were going to take two running backs. That’s who we really liked where they were. I wouldn’t look into it any more than that. I would always like to take a receiver. I would always like to take an edge rusher. But it has to be someone you think can make your team. That all depends on how that round fell and what was [available] when we got there.”

Lynch used fifth-round pick ﻿Jaylon Moore﻿ as an example. The 49ers didn’t plan on taking a guard at No. 155, but he had the highest grade among available prospects and the staff had great belief in his ability. They took him despite already addressing the interior line with ﻿Aaron Banks﻿ in the second round.

“[Later in the draft], we weren’t married to certain positions,” Lynch said. “If you have a need, you’re going to try and fill it. Jaylon and [sixth-round running back ﻿Elijah Mitchell﻿] fit into the category where they were the best players available to us at that point.”

The 49ers are also comfortable with the receivers on the roster. ﻿Deebo Samuel﻿ and ﻿Brandon Aiyuk﻿ are an excellent primary duo, with veteran ﻿Mohamed Sanu﻿ and speedster ﻿Travis Benjamin﻿ also in the fray. Shanahan said on Saturday that former third-round pick ﻿Jalen Hurd﻿ is rehabbing well from a torn ACL. His return could make a significant impact on the receiver corps on the inside and the slot.

“We have a number of receivers who are NFL players. We have more than six of those,” Shanahan said. “You’re always looking to upgrade, and if we think there’s a slot receiver or outside receiver who can make our team or beat out the guys in front of them, we would never hesitate as long as it makes sense financially.

“I also think we can win with the receivers we have.”

Receiver, especially someone who can play in the slot, became a need when Kendrick Bourne signed with the New England Patriots in free agency. Seven-round 49ers mock drafts most always had a slot receiver in the class, but the 49ers weren’t tempted to reach for one.